Joining the Wonders of Thedas Podcast to Talk About Romance! 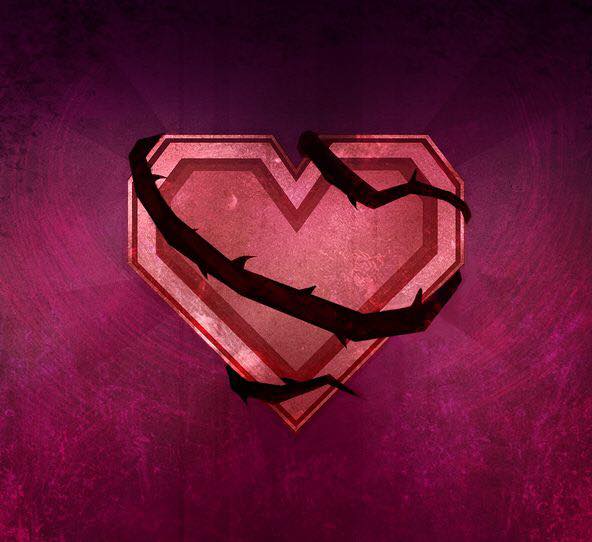 Recently, I was able to join another round of the Wonders of Thedas Podcast about one of my favorite subjects - romance in gaming, and in particular, romance in the tabletop version of Dragon Age.  We covered approval, enemies, enemies who fall for each other, cultural approaches to love in Thedas, consent, and more.  It was such fun and left us with so many ideas!  I hope you enjoy listening, and if you have any constructive feedback to offer, do let me know!

Email ThisBlogThis!Share to TwitterShare to FacebookShare to Pinterest
Labels: sex

Guest Starring on the Wonders of Thedas Podcast 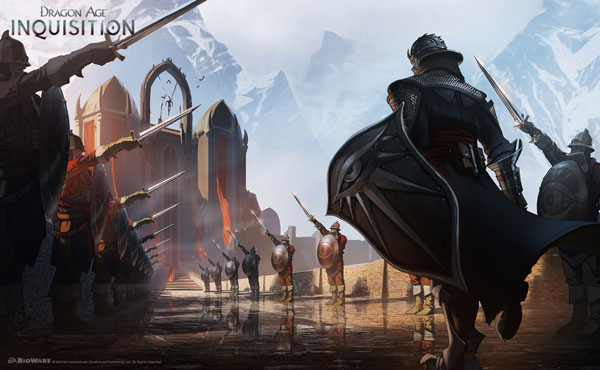 After many delays due to real life, I was finally able to sit in on an episode of the Wonders of Thedas podcast.  It just so happened that they were going to discuss the organizations system, which has always excited me.  Being able to stat out a larger group of people and use them in special ways without a ton of extra rolling and bookwork is wonderful.  It gives you a quick way of figuring out what an organization can do, what their specialties are, and how dangerous they can be.  It also gives more options for rewarding and challenging players.

And it all goes back to the video game series, of course.  Dragon Age: Origins had you playing a Grey Warden, without actually making you feel like you were tied down by the organization itself.  You didn't get to see many other Wardens due to greater circumstances.  You weren't receiving orders from Weisshaupt or even from a superior, nor did you have newer Wardens to boss around.  You were able to cash in on the group's reputation and mission without having the true group experience.

In Dragon Age II, Hawke joins one lesser local group or another briefly upon arriving in Kirkwall, but that group's presence quickly fades.  Missions stop coming.  Hawke no longer participates in it.  Aveline becomes a part of the city guard and remains tied to them, but apparently can leave her position whenever Hawke calls on her.  And while Hawke could have tried to create an organization, instead the companions remain their own little band of rabble rousers.  Hawke's home is a base of sorts, but really only for Hawke.

Dragon Age: Inquisition gets into the organization-building experience the most.  The Inquisition needs materials, people, and so forth, which you can gather as you go along.  There's a defined base of operations for the entire organization.  Numbers grow, as do ties and reach.  You have a real sense of being on a mission with many others who devote much of their time to the same thing.  That doesn't mean that members can't have their own lives and interests, but the Inquisition is very active.

The tabletop game has options for different levels of involvement.  Dealing with organizations doesn't have to swallow up the entire game, but if you want to do more with them, you certainly can.  There are only two immediate criticisms I have for the video games and the tabletop version in this area.  The first is that there aren't enough ways for organizations to shrink or lose; indeed, after a while, setbacks seem unlikely.  The second is that options for building up your base of operations are lacking in Inquisition, and basically absent in the tabletop book.  But we can make up for that, now can't we?
Posted by Kismet Rose at 10:28 AM No comments: 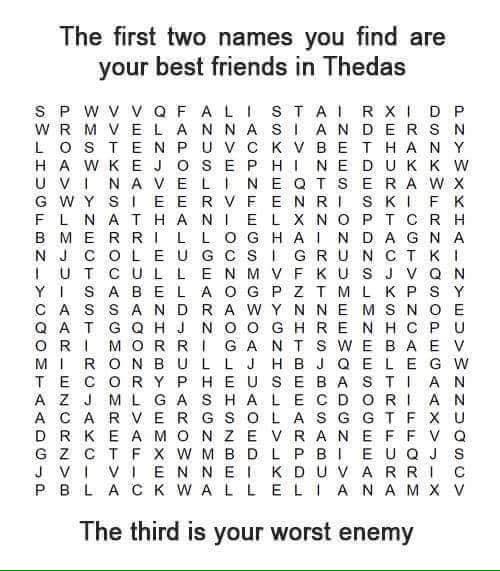 Posted by Kismet Rose at 7:00 PM No comments:

Email ThisBlogThis!Share to TwitterShare to FacebookShare to Pinterest
Labels: memes

Being Gay in Tevinter Nobility - Spoilers for DA: Inquisition Ahead 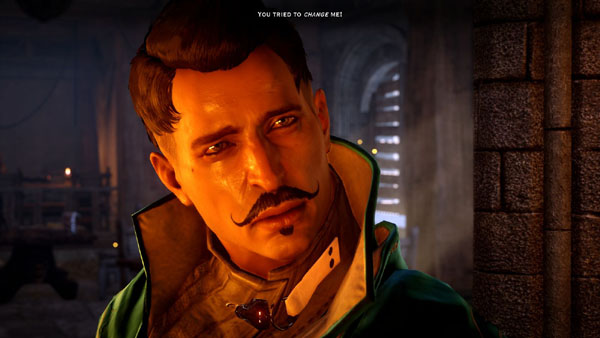 In Dragon Age: Inquisition, you learn more about modern Tevinter nobility because of Dorian, a mage who joins your party well away from his homeland.  You discover that he has many reasons for steering clear of his family, and his sexual orientation is one of them.  For nobles in particular, homosexuality is seen as a terrible flaw.  They are meant to birth the next generation of the ruling class, but more than that, they are supposed to pass on the very best genes, including any gifts for magic the bloodline may possess.  Their marriages also cement alliances between families with the most to lose.

Anything that gets in the way of procreation in their ranks is severely shunned, which means that the more a noble does not wish to perform with the opposite sex within a sanctioned marriage, the worse they are regarded and treated.  As Brother Genitivi reveals in his treatise on sex, Tevinter nobles are actively encouraged to express their sexuality with slaves, including homosexual desires.  So long as they live the rest of their lives as their station demands, they can have whatever flavor of private fun they wish with the people they own.  For some slaves, sexual activity is one of their primary functions.

For some nobles, living in such a way is just not acceptable.  They rebel, refuse, or at least delay getting married.  They pursue lovers they are forbidden to approach.  Some are simply unable to perform sexually with someone they are entirely unattracted to.  Inquisition reveals that a Tevinter noble parent is not above using blood magic to try to change their child's sexual orientation, as shown in the screencapture above.  In the modern world of Thedas, many Tevinters are at least wary of blood magic for how it can go awry.  The game shows us, however, that changing such an ingrained part of a person is not possible, even with blood magic.  This is worth noting.

But what does this mean for the ancient Tevinter setting in which my game is running, before the First Blight?  How was the same situation different in the bygone Imperium?  I would say that, if anything, nobles were not yet so obsessed with trying to breed only the very "best."  They knew they were the best and had ruled long enough to prove it.  While the right match was important, they didn't have quite as much to prove, and weren't as far from the ancient glory days to be so desperate.  They tried to stick to the "right" families but could experiment a little more, especially the further from Minrathous they were.  And as long as they bred, they had less to lose by being gay.

In 800 TE, Tevinter nobles were fresh out of a civil war that nearly tore the Imperium apart.  Marriages were key to reconciliation, but resentments ran high between families that had been feuding viciously, so many unions were tenuous at best.  Lovers of all descriptions could be used to insult spouses and once children were born, noble parents could withdraw back to their own interests.  In this particular era, however, with a number of nobles perishing in sabotage of the civil war, breeding was encouraged with praise, perks, and advancements, especially if magical potential resulted.

In short, as long as a noble adult was fertile and a parent, their sexual proclivities were their own business.  If they were young and infertile, they were expected to be searching for a cure.  If they had not produced children yet, they were pressured to do so.  If their children perished and they could still breed, they were expected to produce again.  Dallying in barren unions at a childless stage in life resulted in penalties not unlike the ones Dorian faced many centuries later.  An heir was a noble's ticket to a greater modicum of freedom, with family members and slaves to pick up child-rearing duties - at least until offspring proved interesting or troublesome enough to get involved with.

And to lighten the tone a bit, here's something in this vein that's fun:

I have been playing Dragon Age: Inquisition at last, savoring it slowly as a completionist and someone with limited time.  While doing so, I've noted the new romances, flirtations, and other loving details.  I was pleasantly surprised when I found a paper about sex while my Inquisitor was out exploring, but as it kept wending onward, I thought to myself - "Geez, this is long enough to be by Brother Genitivi."

The text seems long when you're scrolling and impatient to continue onward, but it's actually rather brief, covering only basic attitudes and some reactions to homosexuality.  I don't feel like my efforts on this blog were wasted in trying to flesh out sexuality in Thedas (if you'll pardon the very bad pun); there is much more to consider in a game with more options than a computer currently allows.  In a tabletop DA game, anyone might be romance-able, depending on circumstances.  During a session, anything from kinks to sex work might take center stage, anywhere in the setting or the history.

Genitivi didn't even scratch the surface, but for everyone's edification, I've transcribed his overview below.

"What I find most interesting is that, despite the lack of open discussion on matters of human sexuality, there is commonality to be found on the subject in all Andrastian lands.  Typically, one's sexual habits are considered natural and separate from matters of procreation, and only among the nobility, where procreation involves issues of inheritance and the union of powerful families, is it considered of vital importance.  Yet, even there, a noble who has done their duty to the family might be allowed to pursue their own sexual interests without raising eyebrows.


The view on indulging lusts with a member of the same gender varies from land to land.  In Orlais, it is considered a quirk of character and nothing more.  In Ferelden, it is a matter of scandal if done indiscreetly but otherwise nothing noteworthy.  In Tevinter, it is considered selfish and deviant behavior among nobles, but actively encouraged with favored slaves.  Nowhere is it forbidden, and sex of any kind is only considered worthy of judgment when taken to awful excess or performed in the public eye.

-- From In Pursuit of Knowledge: The Travels of a Chantry Scholar, by Brother Genitivi" 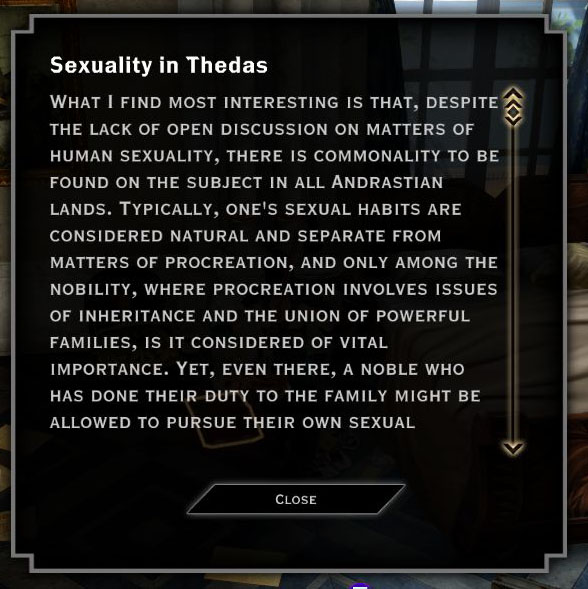 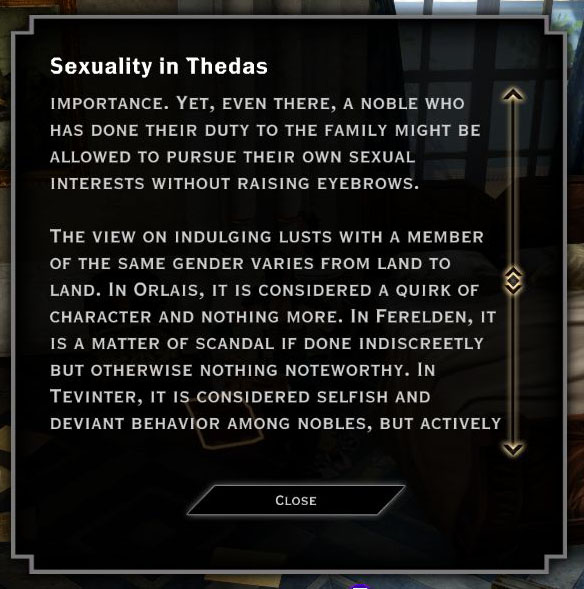 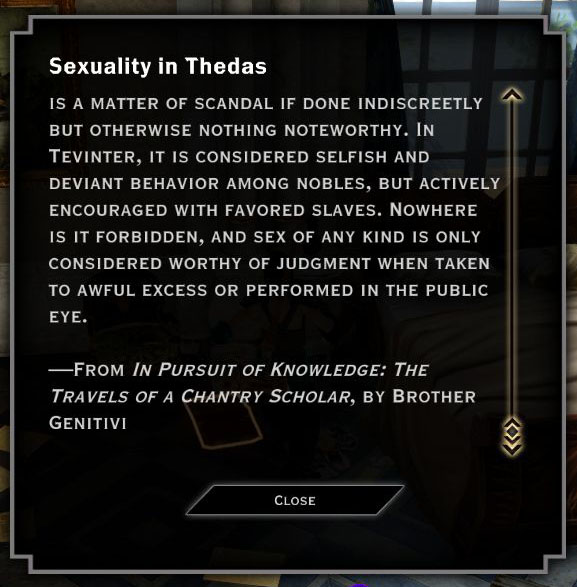 How has sex shown up in your Dragon Age games?

Posted by Kismet Rose at 3:28 PM No comments:

Other Sites I Run